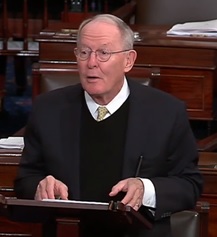 Alexander: Senate Should Pass Bill to Provide Fifth Consecutive Year of Record Funding for the Office of Science